MEMS in Life
The fist rotary MEMS motor was born in UC Berkley in 1988, as shown in Fig.1 [1]. Then in 1989, the first lateral comb drive emerged in Sandia National Laboratories, where the structures move laterally to the surface [2].

After 30 years’ development, MEMS devices penetrate our lives in nowadays. Screen rotation is a basic function for smartphones, as shown in Fig.3. The function is realized through a MEMS gyroscope. Fig.4 shows the comparison between a traditional mechanical gyroscope and a MEMS gyroscope [3-4]. The latter is much smaller and is widely employed in smartphones and pads. As shown in Fig.5, airbags are default equipment in cars for safety consideration. They are inflated when traffic collision happens. The rapid detection of traffic collision benefits from MEMS inside. Fig.6 shows the chip of a MEMS accelerometer [5]. The MEMS chip for sensing and the IC chip for controlling are usually integrated in a single package [6]. Moreover, the other applications of MEMS technologies in life include MEMS microphone, MEMS projector, MEMS pressure sensor, et al.

Featured Processes for MEMS
Although the processes for fabricating MEMS devices are mostly similar to those for IC, the MEMS chips are usually characterized by two features, high aspect ratio structures and suspended structures. Thus featured processes are required for MEMS fabrication.
The first featured process is LIGA for fabrication of high aspect ratio microstructures, which is a German acronym for X-ray lithography and was developed by Karlsruhe Nuclear Research Center in Germany in 1982. The steps for LIGA process are shown in Fig.7, including X-ray lithography of photoresist on a substrate, development of photoresist, electroplating of metal in the resist structure, metal mold insert from the resist structure, molding of the final structure material (here the material is polymer in Fig.7) and demolding [7].

The second featured process is surface micromachining for suspended microstructures, which is developed by UC Berkley in the 1980s. The steps for surface micromachining are shown in Fig.8. The first step is lithography of photoresist on a substrate with a sacrificial layer (usually silicon dioxide). Then the photoresist and the sacrificial layer are developed sequentially. The structural layer is deposited in step 3 and then the pattern of microstructures is projected on the photoresist just above the structural layer by lithography in step 4. In step 5, the structural layer is patterned by etching process. Then the sacrificial layer is released usually by chemical etching process and the final suspended microstructures are obtained [8].

Driving Mechanisms for MEMS
MEMS is a micro-electro-mechanical system. After the microstructures are fabricated, it needs to be driven electrically. The typical driving mechanisms are shown in Fig.9, including electrostatic attraction, electromagnetic force, electrostriction, resistive heating.

Among all the driving mechanisms for MEMS devices, electrostatic attraction is characterized by simple fabrication, easy controlling and low power consumption, which enable its wide applications. 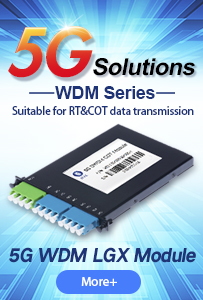